The sun rises just as a battle begins between two rival pirates. The Alliance is on the loosing side and is captured. 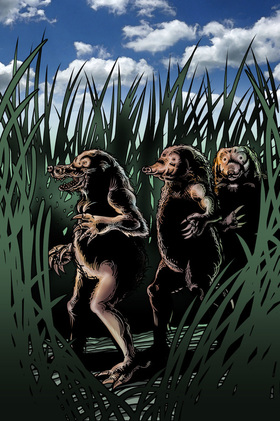 ​The Alliance find themselves forced ashore on Cross Bone Flats. This flat farmland had been abandoned many years before and is now a very dangerous place. While crossing the flats, strange little creatures confront the Alliance. They are about 30 inches tall and look similar to moles. Their leader, Ten, befriends them and helps them get through the dangerous jungle ahead of them. 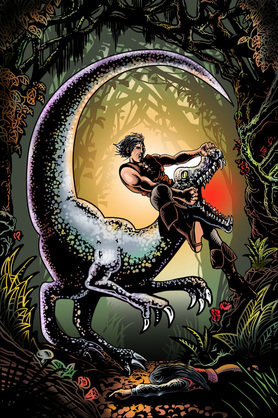 There are great dangers in the jungle on Four Peaks Island. Kate is brutally attacked by a Velociraptor. Steve, in an attempt to save Kate's life jumps onto the neck of the Raptor and breaks the beast's jaw. 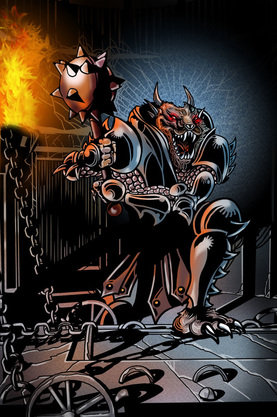 While trying to save Hargett's life, Jesse finds herself in a torture chamber facing two of Torron's Humonger soldiers. She must save Hargett or all is lost. 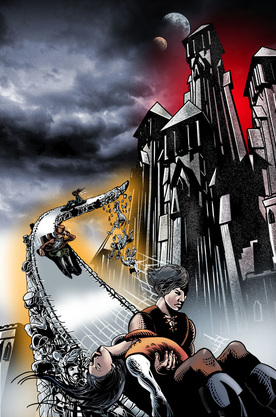 ​The evil Queen Torron had captured Jesse, Stave, Kate and Hargett and were keeping them in a room high up in her castle. The Rocpeans came to the rescue by creating a Rocpean/rock slide. As the four escaped the Rocpeans dropped to the ground below, and the slide disappeared. 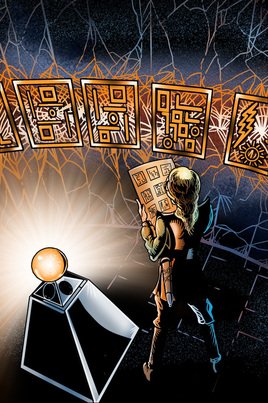 At the bottom of Devil's Eye, Jesse is copying the lock combination to the safe where the third Symbol is kept. They are running out of time, Torron and her army will be arriving on the island at any moment.
Proudly powered by Weebly